The 2017 chapter of MONSTER FEST, takes on a very Australian flavour – and at the core of today’s announcement is the inclusion of six brand new Australian feature films, most of which will be enjoying their World Premieres at the festival.

Sun, whose film CHARLIE’S FARM opened the festival in 2014, returns to MONSTER FEST with an epic that will have horror pundits celebrating Australia’s glorious return to the world of pure, unadulterated, creature feature madness!

Carved from the darkest recesses of Sun’s twisted imagination, BOAR is an outback-set horror masterpiece about a giant, brutal, blood crazed pig – a beast that is sure to go down as one of the most terrifying creations in Australian cinema history!

“We’re delighted to be returning to Melbourne with this film. BOAR is everything I love about horror cinema in one big, nasty, brutal package – it’s got everything you could possibly want in an Aussie horror film… thrills, spills, chills, shocks, and a massive, dirty, vicious one-tonne blood crazed hog! Watch out Monster Fest – BOAR is coming to get ya!”, said director Chris Sun of BOAR’s MONSTER FEST premiere.

BOAR opens the festival and paves the way for an onslaught of brilliant new Aussie genre cinema, the likes of which have rarely been seen in the one location before.

First up, there’s the Melbourne made, zombie epic THE LAST HOPE from local director Leigh Ormsby. Following on is the return of Melbourne genre stalwart Daniel Armstrong, whose MURDERDROME opened the festival to raptures in 2013, and whose new feature TARNATION promises to be bigger, better, bloodier and more brutal than ever before! Another incredible Melbourne based director, Donna McRae makes her Monster Fest debut with the World Premiere of her sublime LOST GULLY ROAD, followed by Monster Fest regular Addison Heath with his amazing Japanese shot and set, THE VIPER’S HEX. Next up is the debut feature from the magnificently warped mind of Michael Cusack, the creator of YouTube sensation DAMO & DARREN, whose live action comedy ALL NIGHT GAMING rounds out the Aussie features in the first wave announcement.

Other highlights of the first wave include the return of Adelaide’s legendary punk cinema icon Dick Dale, with his much-loved trash feast, TRASHARAMA. Part One kicks off with an inglorious selection of all-new trash gems from every corner of the globe. In Part Two, Dale has curated a ‘best-of’ program that will feature highlights of his twenty years showing the trashiest short films on the planet, aptly titled ‘Trasharama: 20 Years of Hell’.

Also announced today is the big screen launch of Monster Fest veteran Stu Simpson’s hilarious action/comedy web-series DRAGON FORCE X, based on his MONSTER FEST 2016 ‘Audience Award’ winning Best Short Film, DRAGON FORCE. It is with enormous pleasure we present the first four episodes on the Monster Fest screen. Recently completed via a crowd funding campaign, this is the chance for Monster Fest audiences to rally behind a true homegrown gem, and to quiz the makers on how it found its way from short film to web-series. Included in the launch will be the Australian premiere of the Canadian crowd funded sensation, ANOTHER WOLFCOP (starring pop culture icon Kevin Smith). Producer J Joly will be on hand to fill audiences in on all things crowd funding, and to explain the history behind this unique and phenomenally popular Canadian horror/comedy franchise.

Closing out the first wave is the announcement of our Closing Night Film, REVENGE, by French newcomer Coralie Fargeat. REVENGE is a tale of vengeance with a decidedly feminist twist that left audiences at the recent Toronto International Film Festival aghast by its sheer intensity and brutality. Described by Variety as a “stylistic tour de-force”, REVENGE follows on in the tradition of last year’s Monster Fest sensation, RAW, as one of a new breed of female directed genre films taking the world by storm. REVENGE will close the festival on an unforgettably powerful note.

A locally produced short film will accompany each session.

The giant BOAR was a myth, a legend brought to life in a drunken pub tale. The thing about myths and legends, they are usually made up of partial truths, and in this case, complete and terrifying truths. Tearing a path of destruction through fencing and livestock, locals haven’t a clue of the chilling death that lurks in the striking Australian outback. The Monroe’s are on a road trip to reconnect with a life they left behind several years ago. Seeing old friends and loved ones bring the tight knit family even closer together. A spontaneous decision to picnic along the shores of a cool river three hours from town brings them face to face with death itself. A BOAR of staggering size with a taste for blood is cutting out a crude home in the bush, and has marked this area as his. Nothing can stand in its way, nothing can stop the destruction. While the boar continues its savage rampage, the Monroe’s settle in for a quiet afternoon, and an evening of wild pig and roo spotting. As they are slowly and savagely stalked and slaughtered by the beast, the fight for survival becomes as animalistic and brutal as the animal itself.

As an unstoppable virus turns the living into cannibalistic monsters devastates the world, a mysterious girl arrives to Australia, the final, unaffected safe-haven. Her arrival collides with the uprising staged by migrant survivors kept in internment camps to ensure the country’s protection. As The High Risk Response Unit reaches the facility to restore law and order, chaos erupts as they realise that despite their efforts, the virus has arrived. Will Australia, the last hope for many, finally fall? 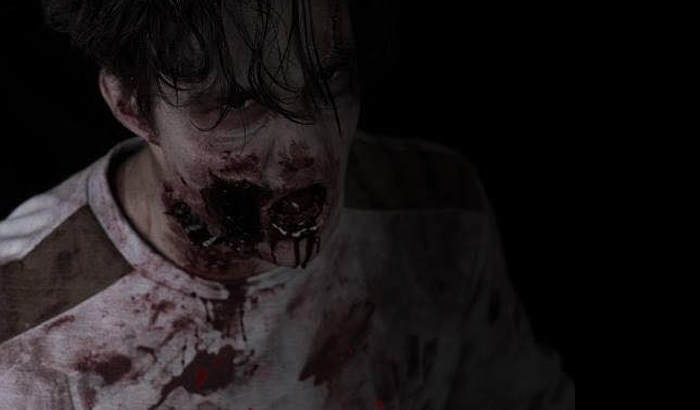 When Oscar’s dreams of becoming a rockstar are brutally crushed and her boyfriend leaves, taking the cat with him, Oscar is forced to take a long hard look at herself. Oscar travels to a ghost town called Tarnation where she and a group of friends have rented a cabin in the woods for a weekend away. Unfortunately the cabin is host to a cursed painting and the surrounding woods are literally, Satan’s playground. Oscar soon finds herself battling a demon unicorn, possessed souls and Satan himself in an epic battle for her soul.

Lucy travels to an isolated house in the forest to wait for her sister. They have worked out a risky scheme for their future and all she needs to do is sit it out. However a sinister presence may have something different in mind. 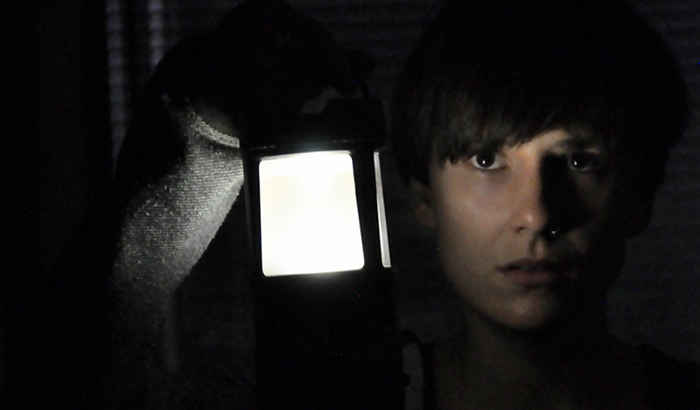 Kiyo (Saya Minami), a lonely hostess spends her days propositioning men on the cold streets of Tokyo and being beaten by her violent pimp, Tetsuya (Yoji Yamada). One day her luck seems to change when she meets a charming foreigner named Anchin (Kenji Shimada) and a romance blossoms but soon everything falls apart when she becomes pregnant. Upon hearing the news Anchin flees Tokyo. With nowhere left to go she turns to The Viper, a scorned spirit that has been with her since birth. 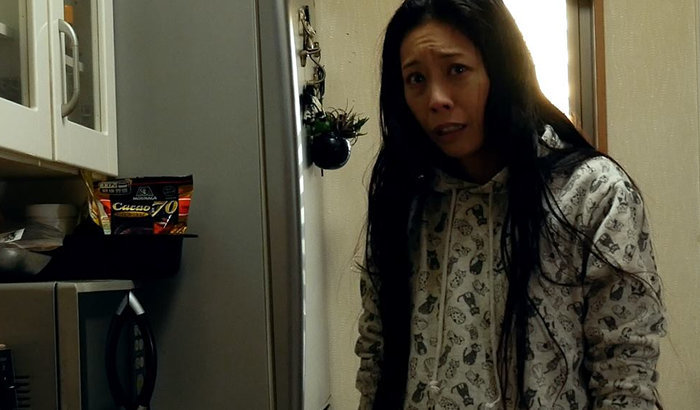 A surreal dark comedy set in 2009 which follows Jamie, a teenage slacker, in a final attempt to finish a major english assignment or fail his HSC entirely. He is forced to finish the assignment overnight at a local, seedy internet cafe where he encounters gamers, nocturnal metal heads, night gaunts and drunken clubbers. 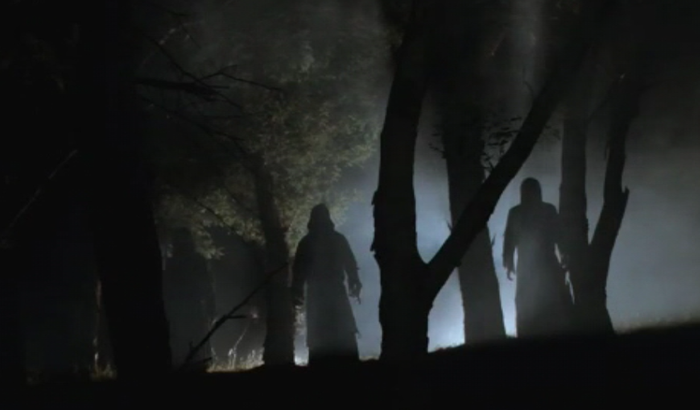 This year marks the 20th anniversary of Adelaide’s #1 purveyor of trash Dick Dale sickening all of Australia with his notorious selection of onscreen abominations. To celebrate this milestone, in addition to the latest and greatest filth and utter sickness from around the globe, Dick will be hand selecting his personal favourite Aussie shorts from the last 20 years and featuring these in the program.

Alcoholic werewolf cop Lou Garou springs into action when an eccentric businessman with evil intentions seduces Woodhaven’s residents with a new brewery and hockey team in this outrageous horror-comedy sequel.

Screens with DRAGON FORCE X Series Launch
Following in the footsteps of such nostalgic fan pleasers as DANGER 5, KUNG FURY, STRANGER THINGS and HOBO WITH A SHOTGUN, DRAGON FORCE X is an adrenaline-fuelled, serialised, adventure series made by and-for fans of ’80s TV and cinema. In a seedy underworld of scum and villainy, where magic and wonder have been perverted by greed and a lust for power, assassin-for-hire Maddox Montana travels across strange and exotic lands in search of the Amulets of Fire, an ancient mystical force with the power to change reality. Desired by many, worthy of few, what begins as just another job turns into the adventure of a lifetime for Maddox and his gang of misfits, as they discover the full power and glory of DRAGON FORCE X. This is the official launch of the Cult of Monster exclusive online series and will feature a sneak peak of the first 4 episodes!

Jen (Matilda Lutz), arrives at a remote desert villa with her millionaire boyfriend (Kevin Jannsens) for a weekend of illicit romance. Things quickly go awry when her lover’s hunting buddies show up and make inappropriate advances toward her that spiral out of control and end in her being sexually assaulted. The men try to cover up their attack which results in Jen being left dumped and left for dead.  However the men don’t count on her her will to survive and when she emerges from the desert hellbent on revenge, she leaves a tidal wave of blood and gory violence in her wake. 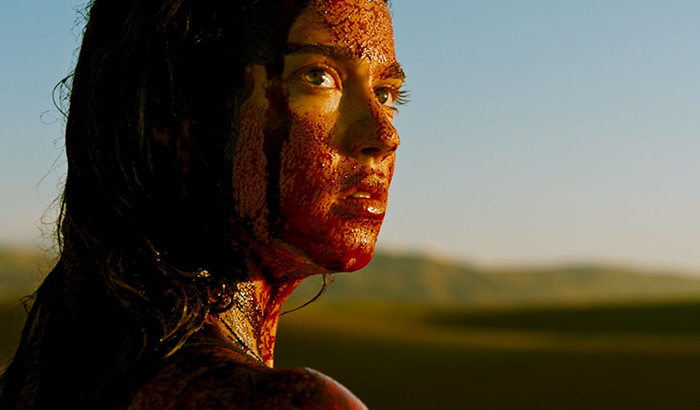 TICKET PACKAGES
Get the most out of the Monster Fest 2017 experience and save with package passes! When you purchase a pass you will be receive a barcode number which shows up in your booking receipt. This can be used online, over the phone or in person to redeem sessions at the festival in advance. To use this code online, just go on the sessions you wish to attend as though buying tickets, and it will give you the option of entering a redemption code. If for any reason you do not receive a code, please contact the Lido at (03) 8658 0000.

VIP Pass – $120
The VIP Pass gets you all-access to Monster Fest screenings and events at the Lido Cinema Nov 23rd to -26th of November. These VIP pass lanyard will be available for pickup at The Lido on Nov 23rd from 5pm onwards, you will need to keep this lanyard on you at all times as pass-holders need to show their pass at the box office to get tickets to the sessions they wish to attend and or festival staff to check against ticket purchases for entry into cinemas.

5 Film Pass – $60
Get a 5 film pass eligible for Monster Fest sessions on Friday the 24th, Saturday the 25th or Sunday the 26th for a discounted price! The 5 Day Pass is not valid for Opening Night session or the All-Night Marathon.